This series of pictures is from my second trip (of 2006) to Cappadocia; this time over Labor Day weekend.

On the way to Goreme, about three quarters of the way from Ankara, is a ruined Han.  It was a caravan stop, which (according to Marco Polo, or at least a translation of his "adventures" that I read recently) were stationed about 12 miles apart all along the Silk Road from Europe to China.  They provided safe place to stop for the night for travelers.  This one has seen better days, but probably dates from at at least 1200, when the younger Polo was wandering these parts accompanied by his father and uncle. 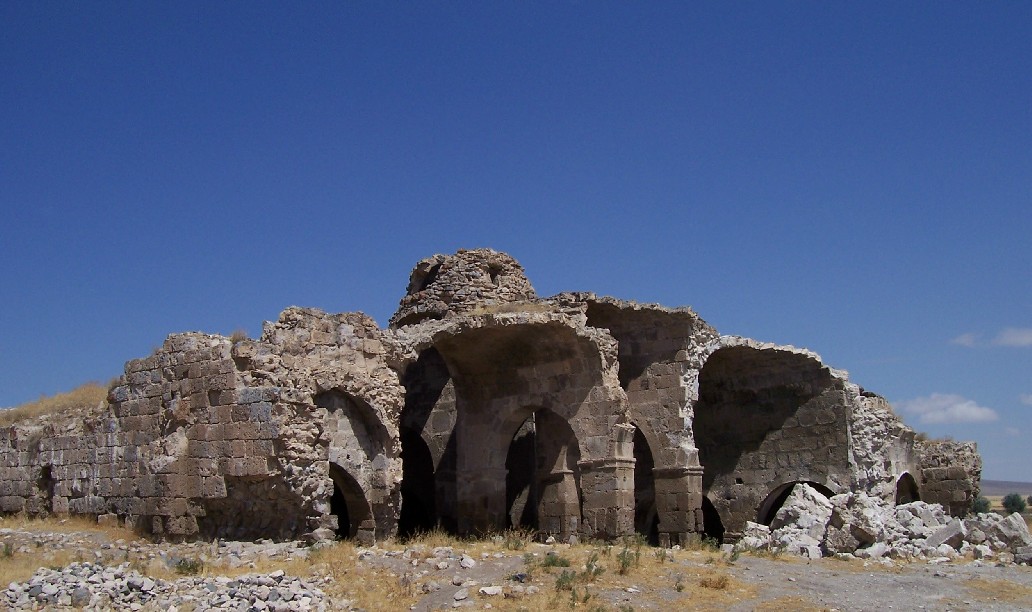 The arches have held up surprisingly well, considering the lack of attention! 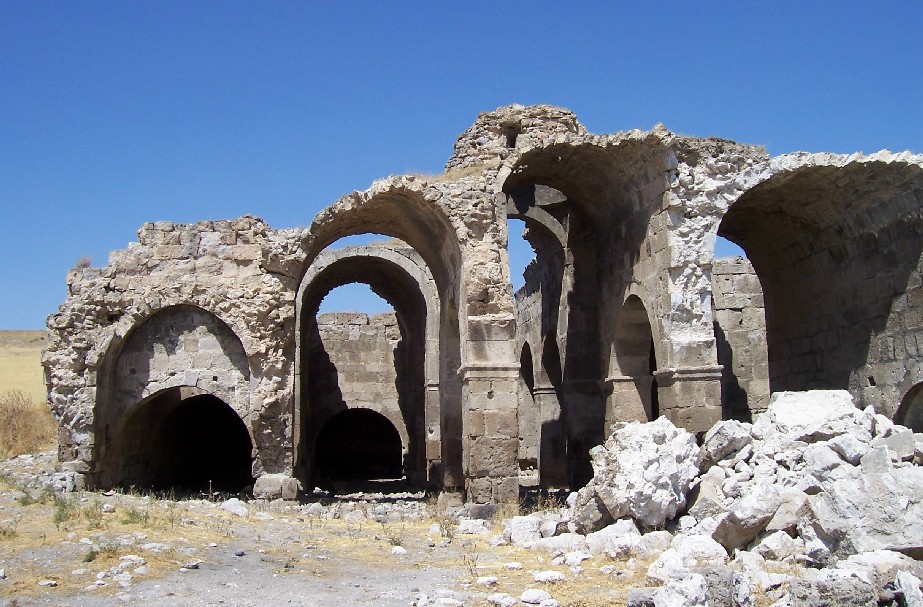 Some of the chambers that still featured overhead cover (those were more expensive to rent, of course) displayed evidence of fire pits and parties.  Young people are young people everywhere, after all. 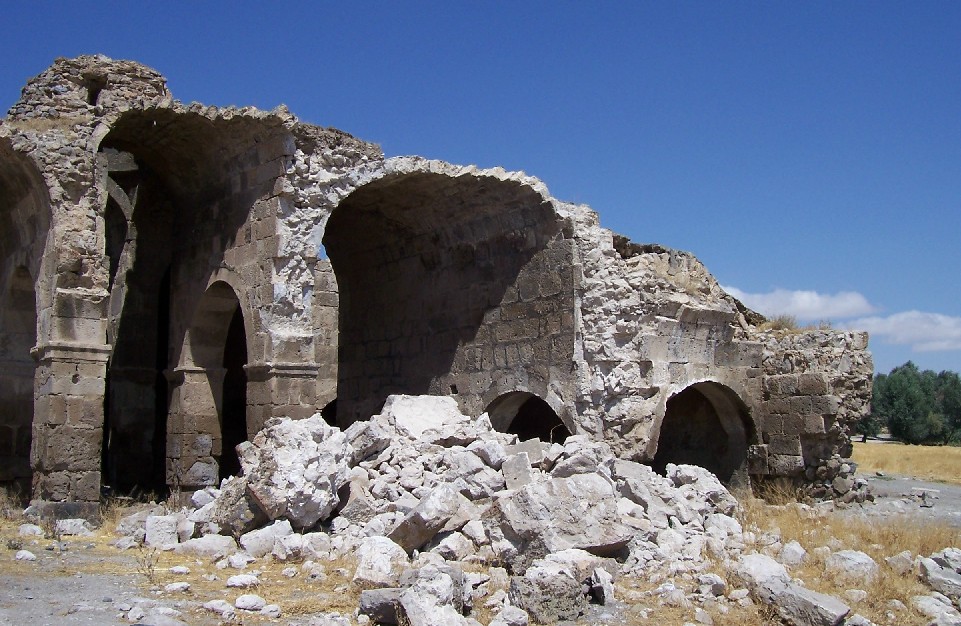 There was enough space to park the cars between the Han and the road; from the back there was a farm-to-market road leading to the nearest village: 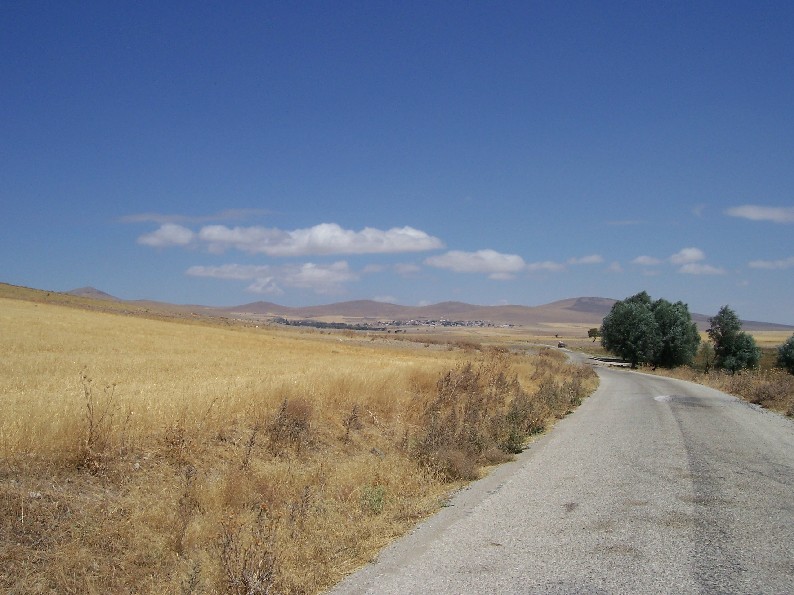 Now that we got to stretch our legs, back in the cars and off to Goreme!

THE NEXT PAGE (OF DOOM!)